If it seems like everyone around you is on drugs, it’s probably because they are.

A recent study done by the National Center for Health Statistics shows that nearly half of all Americans have taken a prescription drug in the last 30 days. The study also found that the percentage of people over 60 years old taking prescription drugs jumped to 85% and that prescription drug usage was highest amongst non-Hispanic white Americans.

As the cost of prescription drugs continues to rise, millions of people are finding themselves unable to afford their doctor-prescribed medications. In 2018 alone, 25% of all approved prescriptions cost over $30,000 for a year supply. For example, EpiPens an auto-injectable device containing epinephrine and is a life-saving necessity to those who suffer severe allergies, or anaphylaxis. Since drug-maker Mylan’s acquisition of the medication in 2007, EpiPen prices have gone up 400%, making it over $500 and virtually unaffordable for the majority of users. Insulin, a necessary drug for many diabetics has also spiked in cost. A diabetic skipping a prescribed insulin dose can have for many diabetics lead to critical health problems, like diabetic ketoacidosis (DKA). DKA, if not properly treated, can quickly lead to coma or even death. Frederick Southwich, a University of Florida Health Shands physician, says “when you make insulin unaffordable, people suffer, and they die.”

Lawmakers have made it a priority to create and implement legislation that lowers the price of medicine. With the passage of HB 17 during the 2019 Florida Legislative Session, the state is now required to submit a plan to import prescription drugs from Canada for federal approval by 2020. President Donald Trump has ordered the U.S. Department of Health and Human Service (HHS) to work with Governor Ron DeSantis on this law. In a separate move, to encourage transparency of prices, the Trump administration recently announced a new rule that requires prescription drug-makers are now to disclose the price of drugs in advertisements if a monthly dosage of the prescription exceeds $35.

Issues arising from such a large portion of Americans using prescription medication on a regular basis aren’t strictly financial. A report from the Florida Department of Law Enforcement Medical Examiners Committee 2017 report, nearly 60% of all drug-related deaths are linked to prescription drugs, meaning prescribed substances are running more rampant than illegal drugs. Florida has actively been trying to combat ‘pill mills,’ or clinics that fuel the drug trade, since 2011 with HB 7095. According to the National Institute of Justice, this legislation has been effective in reducing the number of active pill mills in Florida, but, has not reduced the number of prescription drug-related deaths. Overdosing on prescription drugs, such as benzodiazepines, carisoprodol/meprobamate, zolpidem, and all opioids except fentanyl and heroine, is more common than expected: 25.1 people per 100,000. In terms of opioids, research shows that whites are almost 35 times more likely to be prescribed them than other races and ethnicities.

The reported death toll from COVID-19 in the nation’s nursing homes stands at nearly 7,000 and counting.… 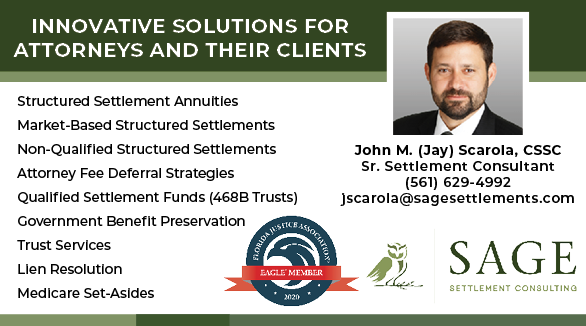