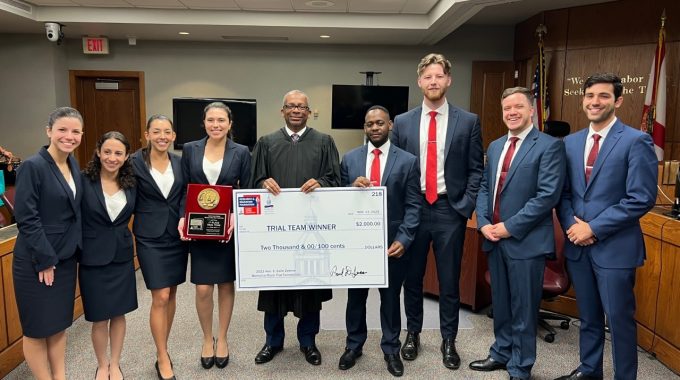 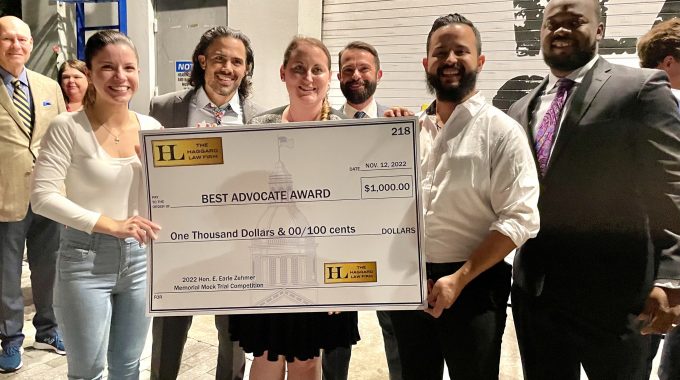 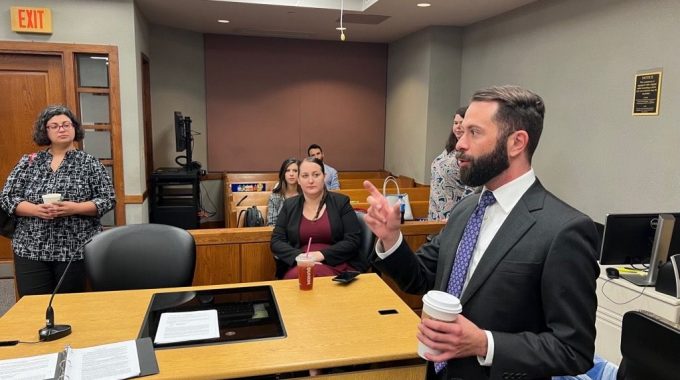 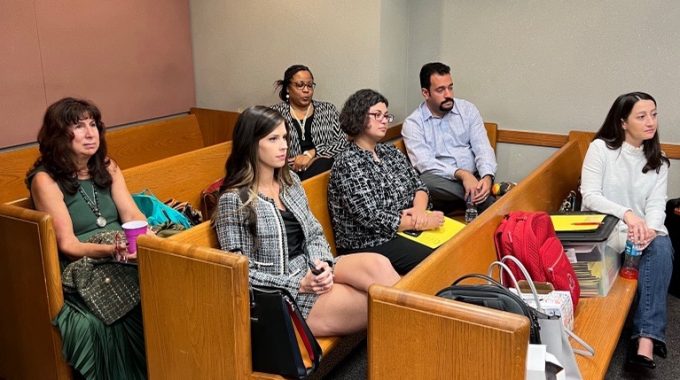 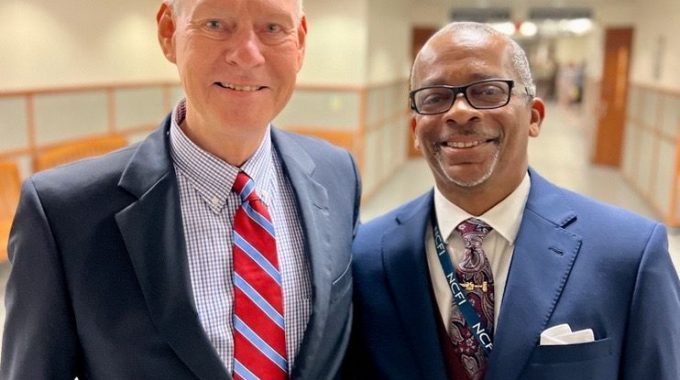 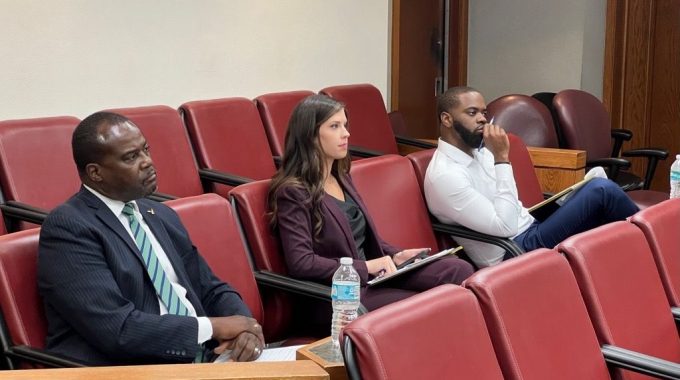 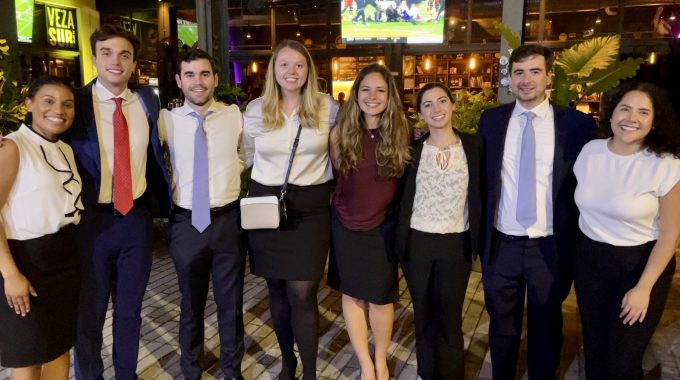 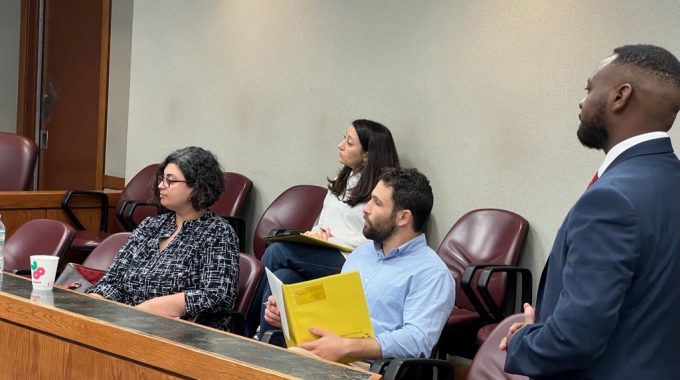 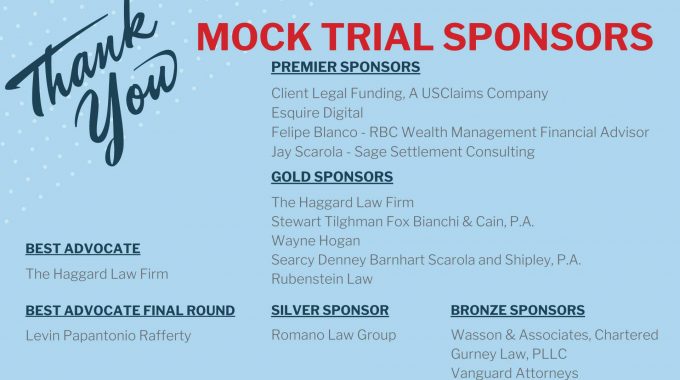 This past weekend, the Florida Justice Association Research and Education Foundation with the support of FJA’s Young Lawyers Section held the annual Honorable E. Earle Zehmer Memorial Mock Trial Competition at the Richard E. Gerstein Justice Building in Miami, Florida. Despite uncertainty surrounding Hurricane Nicole, the event forged forward and resulted in a flawless competition with a reception to follow.

Ten teams competed and were judged by nearly 50 trial lawyers serving as scoring jurors with real judges presiding over each of the rounds. Participating schools included Florida State University, University of Miami, Barry University, Stetson University, and St. Thomas University. Each team had six weeks to prepare their cases; from witness preparation to exhibits, opening statements, and closings arguments.

This was a hard year for our jurors and judges – every team put up an impressive fight. However, the final round pitted two teams from St. Thomas University School of Law against each other. The defense team won taking four out of the five ballots.

We want to thank all our participants, volunteers and judges for joining us for this incredible weekend and thank you to the many sponsors that made this event and the scholarships possible. Congratulations to all of the teams who competed.

Instagram
Recent News
Total is a responsive, drag & drop, flexible multipurpose WordPress theme that is perfect for any website. What's not to love? Get it today!
Buy Now
Copyright © 2022 Florida Justice Association