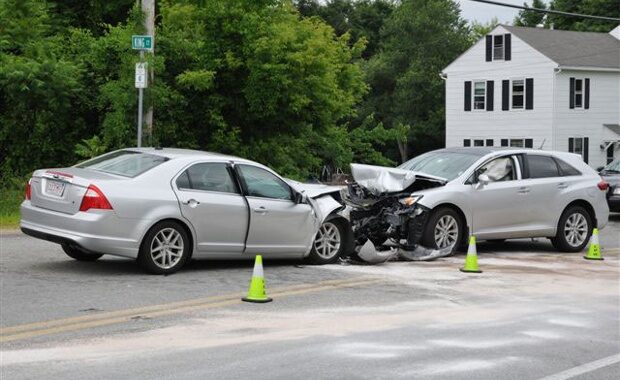 Florida’s current auto insurance system is broken, which is why Florida drivers pay 81 percent more than drivers nationwide. Florida law currently requires every driver to purchase Personal Injury Protection (PIP) whether they need it or not, and most do not, making it known as the “pip tax.”

However, the Florida Legislature has the opportunity to repeal this tax on all Florida drivers resulting in an average savings of $350 per car per year for all drivers.

The current system is a socialized system in which responsible drivers are forced to subsidize irresponsible drivers. There is a better way, which will reduce auto insurance rates for the vast majority of Floridians while providing more insurance to cover drivers on Florida’s roadways.

This year, Florida’s Legislature is considering legislation that would eliminate the state’s broken PIP system and bring Florida in line with 48 other states that require every driver to carry bodily injury liability insurance.

With one in four Florida drivers uninsured and underinsured, we are long overdue for responsibility-based auto insurance in Florida.

HB 719 by Rep. Erin Grall would repeal the current no-fault PIP system and would require every driver to carry bodily injury liability insurance, placing responsibility where it belongs – on the drivers that cause the harm.

This is a good bill, that is necessary to update our insurance system to the benefit of drivers instead of the layers and layers of cottage industries, like barnacles on an old skiff.

A recent actuarial study, Repeal and Replace Florida’s No-Fault Insurance, conducted by Stephen A. Alexander, who previously served as the actuary for the Florida Office of the Insurance Consumer Advocate (ICA), found that moving to a mandatory bodily injury auto insurance system will result in an average savings of $350 per car per year in Florida, with a statewide savings of more than $5 billion back in Floridians’ pockets.

This means that Florida drivers will see an average savings of 36 percent on their auto insurance premiums.

Another study, conducted at the request of the Florida Office of Insurance Regulation, similarly concluded that replacing PIP with responsibility-based insurance would reduce auto insurance rates, saving the average driver nearly 6 percent.

By moving Florida to a responsibility-based auto insurance system, HB 719 and SB 54 will reduce auto insurance rates for all Florida drivers and will ensure safer Florida roadways.

It’s time to do away with a broken PIP system, and to join 48 other states in taking a responsibility-based approach to auto insurance. We urge lawmakers to reduce auto insurance costs for Florida drivers by supporting HB 719.

I would encourage you to take 15-seconds to call your legislator to register your support for needed reform.

Eric Romano is the FJA 2020-2021 president. Mr. Romano is a Florida board-certified criminal trial lawyer and partner at Romano Law Group, Eric Romano has been effectively representing clients in civil and criminal matters, including personal injury and wrongful death, criminal defense and commercial litigation, for 15 years. During his career, he has gone to verdict in more than 100 criminal and civil trials.

Instagram
Recent News
Total is a responsive, drag & drop, flexible multipurpose WordPress theme that is perfect for any website. What's not to love? Get it today!
Buy Now
Copyright © 2023 Florida Justice Association